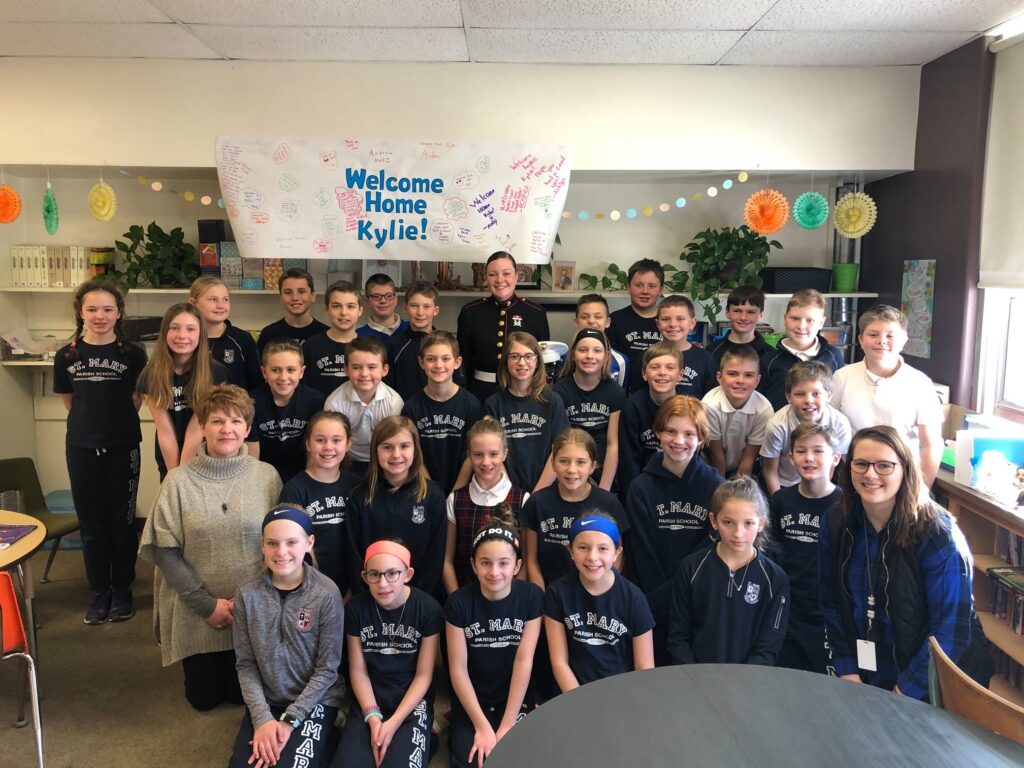 Fifth-grade students learned first-hand how simple acts and prayer can encourage and inspire others. During a morning meeting last October, one student added a special prayer intention for his cousin, Kylee, who was going through boot camp at Parris Island in South Carolina, to become a Marine. After that first day, the whole class continued to pray for her. At their teacher’s suggestion, the students each wrote a letter to Kylee which they mailed to her over Christmas break. To their surprise, she was able to write back. In her letter to the students, she expressed how much their letters and prayers had meant to her. Kylee also told them that she had shared the letters with fellow recruits and mentioned that knowing they had a whole fifth-grade class praying for them, helped them keep going through the rigors of boot camp.

After officially becoming a Marine, Private Schneider, stopped in to share her story and experience with the students. She spent an hour answering their questions and sharing her gratitude for their support, prayers and love. The fifth-grade students vowed to continue praying and supporting Private Schneider as she continues her journey in the United States Marine Corps. Through simple acts of kindness, a special bond was forged between student and soldier.